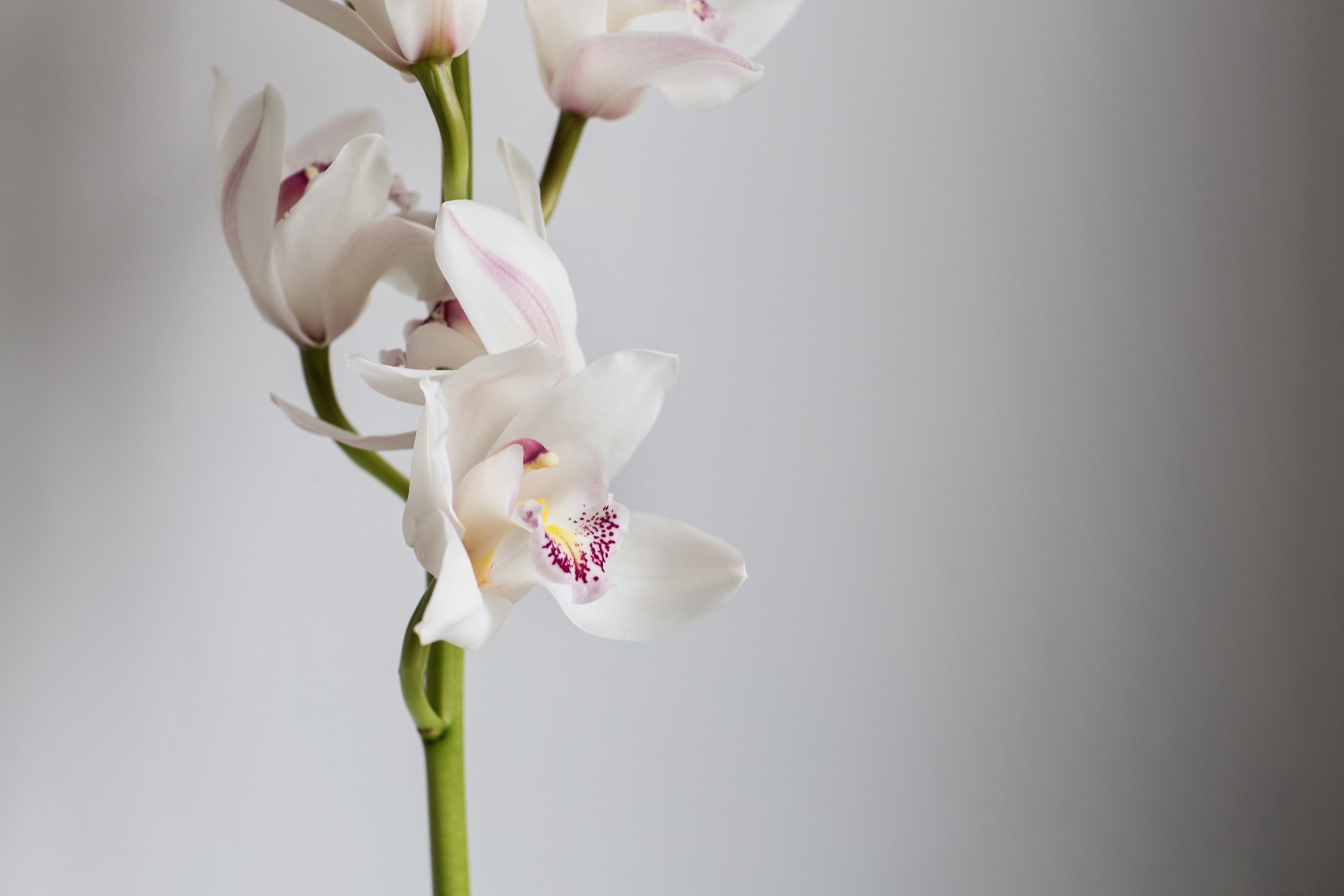 I first meet James about six years ago at a Eurovision party held by Iain and Tim, I bounced in (running late which is very unlike me) to a gathering of people all geared up to slate Europe's best singing offerings, I done my usual, hug everyone - even if I'd meet them before or not! James was sat in a garden chair and as I went to hug him he said "I'm not a hugger" I said "well you're gonna hate this then" and gave him a big kiss - along with the hug 🤣
after that, whenever we were at the same place, dinner, cocktails, other Euro Vision nights - we sat together.

I've had many fab nights with James since, but I always found our first meeting funny which I know he did too - I think it was the garden chair in the middle of Tim's kitchen that makes it funnier..!

Bless you all, sending you all my love - I'm completely out of Kleenex and wine now...

You are all in my prayers - I miss James, his quick wit and his ability to make me laugh 🥰

May you rest in peace dear James, we haven't seen each other since we were little but I thought of u often along with Stephen & Diane.
Sending all my love to you all xoxo

Sending you our deepest condolences for the very sad passing of James. You are in our thoughts and prayers. Lots of love,
Kara-Mia and Emmanuel xo

Thinking of you all today and days to follow. We are deeply saddened by the news of James. Sending you strength and love. You are in our hearts. Sorry that we couldn't be there with you today. Love Kara, Noble and Whanau x

What can we say about James, or ‘Kiwi James’ as we called him. Never on time, in fact reliably late. A self-diagnosed travel addict who had a wonderful fascination for exploring the planet and love of all things Cuban. He certainly amassed more stamps in his passport and saw more of the world than many of his age, however, his age was something that left many of us guessing about in the 15 years that we knew him, even during his birthday dinner outings.

He would regularly send Tim and I messages of random statements with absolutely no context which made for great reading and usually a good laugh. Like a picture of a drooping plant, asking if it had too much or too little water, or how to get moisture out of a camera. The last message I got from James was a picture of a guy who had a really bad tattoos asking the simple question…why?!

James is a hoarder and collector, who loved art and filling his flat with treasures from his travels. Paintings, bowls, pottery, and anything else he could squeeze onto and between four walls. Paintings hang from every square inch of wall space and his unique taste meant it was like walking into a museum or through a Moroccan bazaar. His love of collecting meant he needed to rent a storage unit in London to make space for more treasure and trips planned abroad. He was talking about selling his flat and moving into a bigger place the last time Tim and I were at his home a couple of months ago, we joked about how much he would have to pack up as part of the moving process and of course, the dusting.

Favourite film: Bridesmaids. James has seen this movie countless times, but he laughed like a schoolboy every single time, like it was the first time he watched it.
Beard: Long and untrimmed (mainly). His face grew into his beard as opposed to the other way around.
Although James was certainly not an over-sharer, he made sure you had snippets of the information and just enough that you needed to know. Brutally honest and always with a glint in his eye.
Funniest story: The time he got mugged in Colombia where the assailants took off with his camera on a horse and cart. I have retold this story many times and it never fails to make me laugh.
Photography: Loved taking photos, juts never of himself. Hence, I have taken an old work photo from the internet as I have none unfortunately.

James was unique and sometimes quirky, but such a good friend of Tim and I. He was my kiwi connection who understood when I talked about just how good kiwi onion dip is, what a proper summer should be like, or kiwi songs from our past which no one else knew.

The last night we spent with James recently was such fun, at a pub called The Wrestlers in Highgate. He was on really top form and stayed until closing. Good conversations and laughter throughout the night, his quick fired wit, and James looked genuinely happy. James was a good friend, and we will miss him dearly

You sometimes only appreciate quite how much someone means to you when they are no longer there, by which time it is too late to tell them. It is only now that I realise quite how much James meant to me, he was in fact my best friend.


We met nearly eight years ago when he moved to a new flat down the road from me in Walthamstow, East London. Chatting in a local cafe, he was telling me about how bad the soundproofing was and on discovering that I was an architect, asked my professional opinion. Having then followed this up, we soon realised we were qute similar people: we shared interests in foreign travel, photography, architecture and interior design, good food, art, and many other things. It wasn't long before we became friends, going to see exhibitions and out for posh meals, often interspersed between cocktails. After a few months James suggested we go to Copenhagen for a long weekend in the summer of 2013. The only picture I have of him was from that trip, he hated having his picture taken and didn't do selfies. From then onwards we had a trip away together most years. He introduced me to his favourite destination: Cuba, and Havana in particular; as well as Istanbul; and an unforgettable ten day holiday to Morocco which led to an annual tradition of a long weekend to Marrakech which I know he absolutely loved. On several such trips he was sporting a very long bushy beard and the locals would call him Alibaba which amused him. Cuba was however what he lived for. He must have been there nearly twenty times and used these trips to hone his street photography which he had pretty much mastered by his last trip and many of his best images are featured on his website www.jetroderick.com.

A few years back I encouraged him to join Instagram. He was reluctant at first but when he did finally sign up, he found it an ideal platform to share his street photography. He cannot be underestimated as a photographer and entered competitions, often getting very positive feedback. He also found Instagram the perfect vehicle to share posts of interiors with me. He was anti-minimalism, so would often send me posts of bland mainstream fodder followed by a yawn emoji.

Over the years I got to know James only marginally better! He was not one for sharing his personal feelings or past in any great detail, but he would always be brutally honest about what he thought. On one trip to Morocco he commented that he hoped people did not think we were a couple as, and I quote: "no offence, but I like to think I could do better!" He is the only person I know who could get away with something like that! You always knew where you stood with James, and he was pretty much right about everything. He was incredibly charming, and saw joy in lots of small things, he was one of those people you could never get angry with. My mother came to stay with me last month and James expressed his desire to meet her, so I invited him round one evening for drinks, and she commented afterwards on how charming he was, and good looking. I relayed this to James who replied that he could be charming when he wanted to be, and it was shame she wasn't his type!

We messaged each other almost daily in recent years on Whatsapp or Instagram. Sometimes he wanted my opinion on a particular one of his photos he wanted to add to his website, or suggest a new restaurant to try. He loved making catty comments about overrated interior designers, he sent me a picture of one interior and said nothing in it looked liked it cost more than 50 pence! He would interspersed such messages with funny videos of cats or dogs. He loved cats, and would feed mine when I was away, in fact I think my cat loved James more than it loves me!

James appreciated the finer things in life, his clothes were always top quality, as was his camera, and he wore classy watches, although I never saw him wear one that actually worked, it was just there to look good. He once randomly messaged me to say he was horrified to discover he had been buying the wrong kind of coconut water! His flat was filled with art, he was an avid collector of Cuban ceramics, oil painting and prints. He had a vast collection and you could hardly see any walls for art. He was even considering becoming a bit of an art dealer, buying works in Cuba and selling in the UK. He would have done very well as he had a good eye. But we did sometimes joke about some of his paintings looking like the work of 'Phoebe' from the US sitcom 'Friends'.

James was a big influence on me over the past eight years, he even encouraged me to decorate my living room green, my hallway blue, and my Moroccan room only exists because of him introducing me to that country and its shopping opportunities. We spent many an evening in this room, drinking champagne cocktails and putting the world to rights. He encouraged me enormously in my career and made me a better photographer too. His constant support and friendship may not continue, but his influence and memory will always be with me, I shall miss my best friend.